News
22/01/2016
Strategic Innovation: How To Redefine Your Business

By breaking the rules of the game and thinking of new ways to compete, a company can strategically redefine its business and catch its bigger competitors off guard. The trick is not to play the game better than the competition but to develop and play an altogether different game.

How can a company proactively and systematically think about and develop a new game plan? Five generic approaches of the successful strategic innovators can provide clues:

Research shows that a company must also strive to institutionalize innovation by establishing the appropriate culture, structure, incentives, systems, and processes that somehow allow innovation to happen as part of daily business. This is also where knowledge management has a key role, especially in the sustainability of innovation. 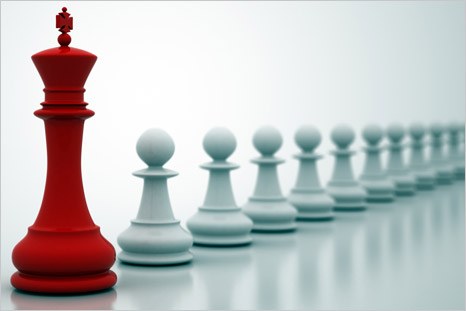 Five leadership acts have been identified to help companies close the strategy-to-execution gap. They could create an engine of growth for the leaders personally and for the company, as well:

1. Commit to an identity

2. Translate the strategic into the everyday

3. Put your culture to work

Nearly every CEO has great aspirations to change the game, move beyond the constraints that his or her organization faces, and build a legacy that leaves years and years of growth. Knowledge management supports all these five acts of leadership, and increases the ability to close the gap between strategy and execution. 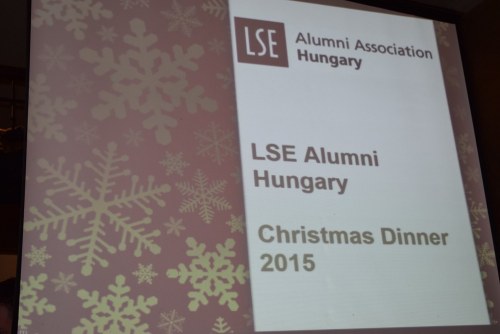 Dr. Zoltan Csedo, Managing Partner of Innotica Group, has been elected as Vice President of London School of Economics and Political Science Alumni Association Hungary, on the 3rd of December 2015. The newly elected leadership team has been announced last night, at the Christmas Dinner of the Association.

The London School of Economics and Political Science (LSE) is one of the foremost social science universities in the world. Its research and teaching span the full breadth of the social sciences, from economics, politics and law to sociology, anthropology, accounting and finance. Founded in 1895, the School has an outstanding reputation for academic excellence. 16 Nobel prize winners have been LSE staff or alumni.

Graduated from the LSE in 2003, Dr. Csedo is an active member of both international and local LSE alumni communities, serving as Sub Ambassador Europe between 2011-2013, and he has just started his second term of office as Vice Chair of the Group Leaders' Support Committee in September 2015.

In an era of information overload, getting the right information remains a challenge for time-pressed executives. How do you keep tabs on what your competitors and employees are doing? How do you spot the next big idea and make the best judgments? How do you distinguish usable information from distracting noise? And how do you maintain focus on what’s critical?

Many management experts have assumed that better information systems and more data would solve the problem. Some have pushed for faster and more powerful information technologies. Others have put their faith in better dashboards, big data and social networking. But is better technology or more tools really the most promising way forward? Latest research of Davide Nicolini, Maja Korica and Keith Ruddle demonstrates that it is not.

Authors maintain that the capacity of senior executives to remain appropriately and effectively knowledgeable in order to perform their jobs is based on a personal and organizational capability to continually “stay in the know” by assembling and maintaining what authors call a “personal knowledge infrastructure.” And while information technologies may be part of this personal knowledge infrastructure, they are really just one of the components.

Dr. Zoltan Csedo, Managing Partner of Innotica Group was invited to speak about the Chevening alumni experience at the 20th Anniversary Reception of the Hungarian Association of British Alumni, organized in the Old Banking Hall of British Embassy Budapest, yesterday.

Chevening is the UK government’s international awards scheme aimed at developing global leaders. Funded by the Foreign and Commonwealth Office (FCO), Chevening offers a unique opportunity for future leaders, influencers, and decision-makers from all over the world to develop professionally and academically, network extensively, experience UK culture, and build lasting positive relationships with the UK.

The current 43,000 Chevening alumni from 160 countries is a very influential and highly regarded global network. More than three decades since the launch of the scholarship scheme, Chevening alumni are leaders worldwide across a wide range of fields including politics, business, civil society, and academia.

The increasing role of Chevening alumni networks in local decision-making and leadership raises the need for sharing best practices for further local alumni community development, as well as for formulating strategies in order to achieve synergies from regional cooperation between alumni associations and British Embassies, Dr. Csedo highlighted.

A detailed roadmap has been presented how to achieve regional leadership in Central and Eastern Europe. The valuable regional experience gained from projects involving the Visegrad Cooperation, and the strong support of Ministries of Foreign Affairs within Visegrad Four Countries, as well as UK's Foreign and Commonwealth Office are excellent basis for future strategies.